I personally met Ted Simon in 2007 and 2017 at the motorcycle travel meeting in Gieboldehausen.

Coincidentally on the motorcycle tour at the gas station met on 22.05.2017 in Australia between Townsville and Rockhamton.

Erik Peters and myself on the lecture day on March 15, 2016 about Scotland in Globetrotter in Munich.

Dylan Samarawickrama and me on 17.02.2017 at Touratech in Kassel for a lecture evening titled "At the end of the road".

Frank Panthöfer (Panny) and I met for his Krad-Vagabunden multimedia presentation entitled "Light and dark sides of a trip around the world" on April 8, 2016 in the Forsthaus Kissel near Eisenach.

I met Bruno Pillitteri in 2009 at the Grevenbroich school and in 2017 at the motorbike travel meeting in Gieboldehausen.

Michael Martin and I on the lecture evening the 9.11.2016 with the title "Planet desert".

Peter and I as tour guides at the start for the day trip to Samnaun.

In 2014 there was the anniversary "50 years scout trophy" and I was there. 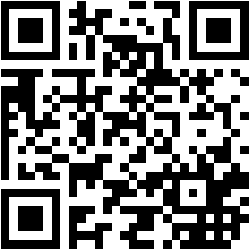